Project overview: In the Project Lead The Way (PLTW) Automation and Robotics unit, middle school students learn about mechanical systems, energy transfer, machine automation, and computer control systems. In the Automation through Programming projects, students apply that knowledge to build and program an automated device that completes one of ten tasks with minimal human intervention using the VEX Robotics® platform. Each student is designated as the team’s mechanical, electrical, or computer engineer, with role-respective responsibilities. 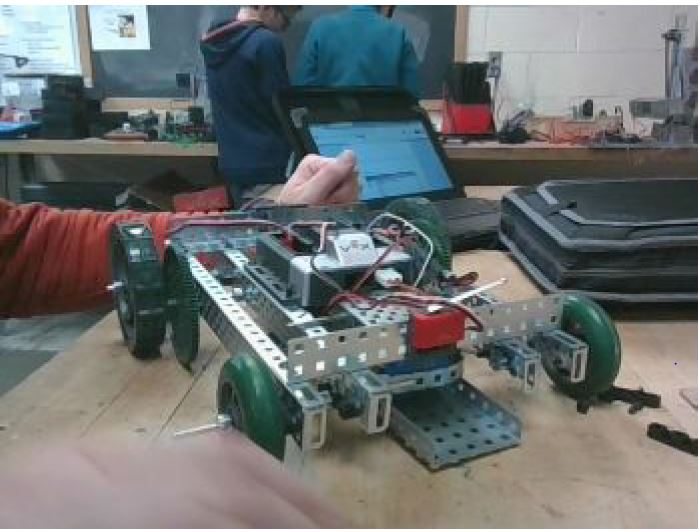 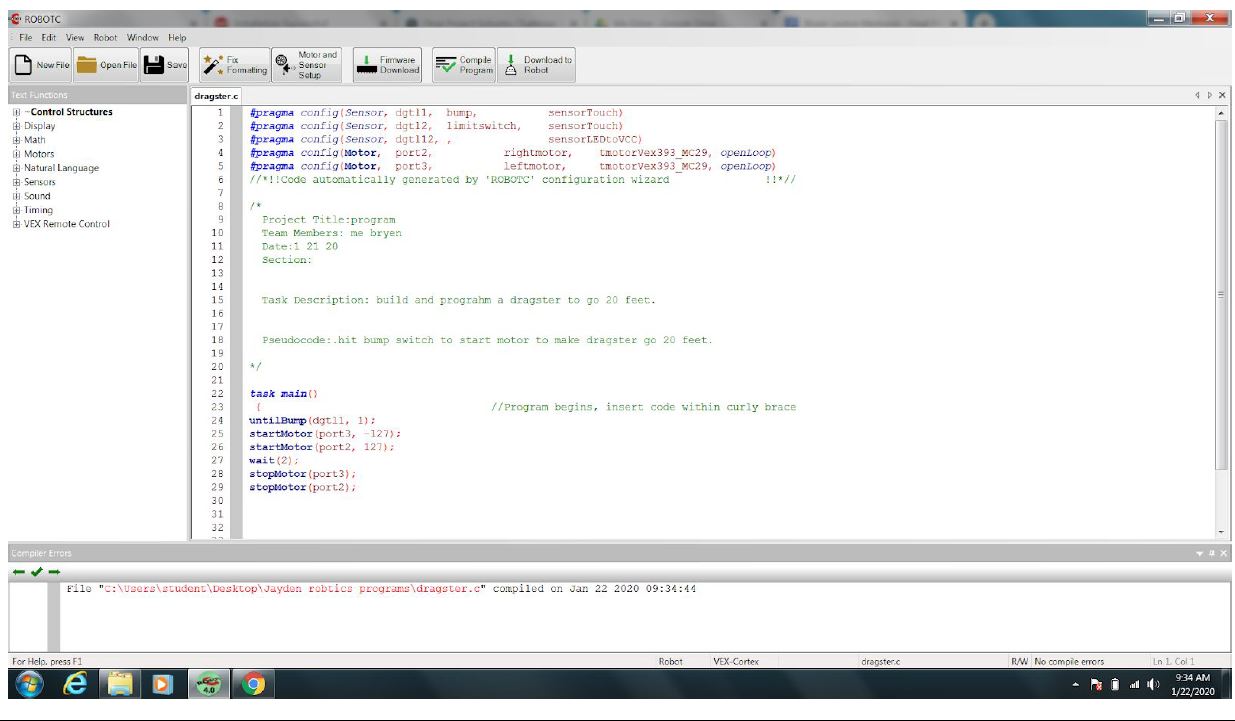 “Hi team! Really nice job with the gearing on the rear wheels. Using a large sprocket off of the motor and going down to a smaller gear for the wheel shows mechanical knowledge of gear ratios. These ratios allow for the same motor to output higher RPM and that is perfect for a dragster! Also having larger rear wheels shows knowledge of traction and why that is important for a dragster. Historically dragsters can produce tons of power. The difficulty has always been transferring that power to the road and this design shows knowledge of that history and the things that have been found to solve those issues. One are for improvement is that It appears as if the movement of the dragster is dictated by a time period. If some work was done to figure out exactly how much time was needed to go 20 feet, that would have been nice to have included. Also would have liked to see some of the sketches and design possibilities that led to the final design. Seeing the design tradeoffs that were made and why those decisions were made would really help explain the whole project in addition to the good work that was done on the final design.”
– Robotics Engineer, Vecna Robotics

“Hi! Your team did a great job on a couple of things. The first is, you clearly described what the goal of the project was. It was easy to imagine and there were no way to misunderstand. You wanted to build a car and have it go 20 feet! Perfect! The other thing you did great was your coding. It looks nice, simple, and clean which are all important when writing code. Complicated stuff never helps. :). I’d love to see a bit more work presented up front. How did you come up with the code? How did you decide on what to use for the code as well as the car?”
– Senior software engineer, Salesforce