Check out this article in The 74 about how schools all over the country have kept students and staff engaged during the pandemic- featuring Uxbridge High School’s office hours! 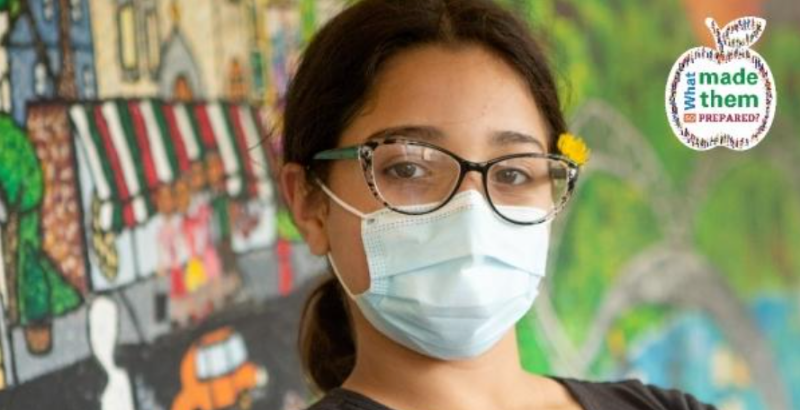 “Despite constant learning disruption, some U.S. schools achieved record-breaking graduation rates and student engagement during the pandemic, according to a new national report.

In one Massachusetts school, a midday “office hours” block became permanent — time for students to vent, unwind, and deep focus. In a Colorado school district, school-run food drives doubled as a chance to give vulnerable families tech devices and curricula updates. And in New York City, one assistant principal knocked on doors to engage students who’d gone silent.

The practices are some of the hundreds of successful pandemic-era strategies shared by 70 schools in What Made Them So Prepared?, Next Generation Learning Challenges’ recent collaborative research study.

“It would have been easy as we were designing distance and hybrid in-person learning for 2020-21, to rotate all students through in-person instruction, giving all of them the same amount of reduced time on campus,” said Sarah Chostner of California’s Envision Education charter network.

“Instead, we are seizing this opportunity to center our most marginalized students, dramatically increase teacher capacity, and advance student well-being and academic achievement.”

Spotlighting the many lessons learned in the last two years, the report identified trends that made it easier for schools to weather the challenges of the pandemic: students and adults shared agency over decisions; built healthy school culture and strong relationships; and were willing to change systems, like academic supports and technology.

Three schools and districts in particular made it their mission to prevent students, families and staff from disengaging:

A public vocational high school of just under 500 in New York City, Urban Assembly Maker Academy in Lower Manhattan is a tightnight community. When March 13, 2020 came and went without guidance from the Department of Education, staff took matters into their own hands and drove remote learning devices to families over the weekend.

The move was the first of many quick pivots and adjustments enabling their highest-ever graduation rate, 94 percent, mid-pandemic.

The school scaled down content to a few key necessities for the close of the 2019-2020 school year to avoid piling on academic stress to the health and financial stressors of the pandemic.

“[It] allowed students to understand what success was going to look like and allowed teachers to narrow their planning and limit the content that they had to do — slow down and go deeper into fewer things and let students drive at their own pace,” said former principal Luke Bauer.

Students were already familiar with the concept as the Urban Assembly Maker prioritized such “mastery” learning for years.

And for three Fridays each month, school volunteers and the assistant principal would knock on family’s doors to connect with those who had stopped logging on or participating. “This had a real positive impact on those who had disconnected — it’s easy to hide so it was great to be seen,” said Bauer.

“We were always trying to monitor how many kids we were in contact with. Tracking who might have dropped out and who they were in connection with – making sure we had a system to keep us all informed about where kids were,” Bauer added.

For the first six months of pandemic learning at Uxbridge High School in southeast Massachusetts, students were as much a part of restructuring as administrators.

“We were constantly dipsticking our kids’ emotional state of mind — how busy they thought they were, did they feel like they needed to connect with someone, were there areas they could improve?” said principal Michael Rubin.

The feedback prompted the creation of an “office hours” block, for connecting with each other and deciding exactly how to use their time.

The school constantly reimagined how schooltime was spent — because a hybrid schedule limited in-person connection with students, classes focused on more engaging projects and lessons. Reading long texts aloud, for example, stopped — students would do that on their own time.

Even in terms of graduation — Uxbridge made timelines flexible for students. Two continued studies over the summer and three who had started the year as juniors made up coursework throughout the year.

“We did not lose any seniors. Every senior who started the year graduated,” Rubin said.

And to support staff tasked with providing two weeks of lesson plans in case of quarantine, 10 days of professional development were provided. Teachers could use the time as they needed — no mandatory sessions or all-day workshops.

A “high-tech” district of over 32,000 just northwest of Denver, St. Vrain Valley Schools immediately ramped up community engagement in March 2020. Food banks, two resource centers, and seven community wifi hotspots were set up, along with 3,000 iPads for elementary school families and individual hotspots for students’ homes.

Their mission became, “serving whole families and the whole community, not just the kids.” Distributing half a million meals, “helped us communicate with our most vulnerable families. Those getting meals were also getting packets, devices, advice, resources. That’s how we found the families who needed the supports,” said Jackie Kapushion, deputy superintendent for the district, which just set a new record for graduation: 90 percent.

The district also set out to redefine what student engagement looked like. While they tracked attendance, a central team, “trained principals to work with teachers to gauge student involvement. Were they just logging in, or were they attending with zoom cameras on and participating in class and finishing assignments?” Kapushion added.

By the end of the year,  between 96 and 98 percent of students were participating.

Their advice to other school leaders: “Go out to the community. Talk with them about their needs and the state of the district.”